Cartographies of the New Kingdom of Granada

Historical GIS of the New Kingdom of Granada 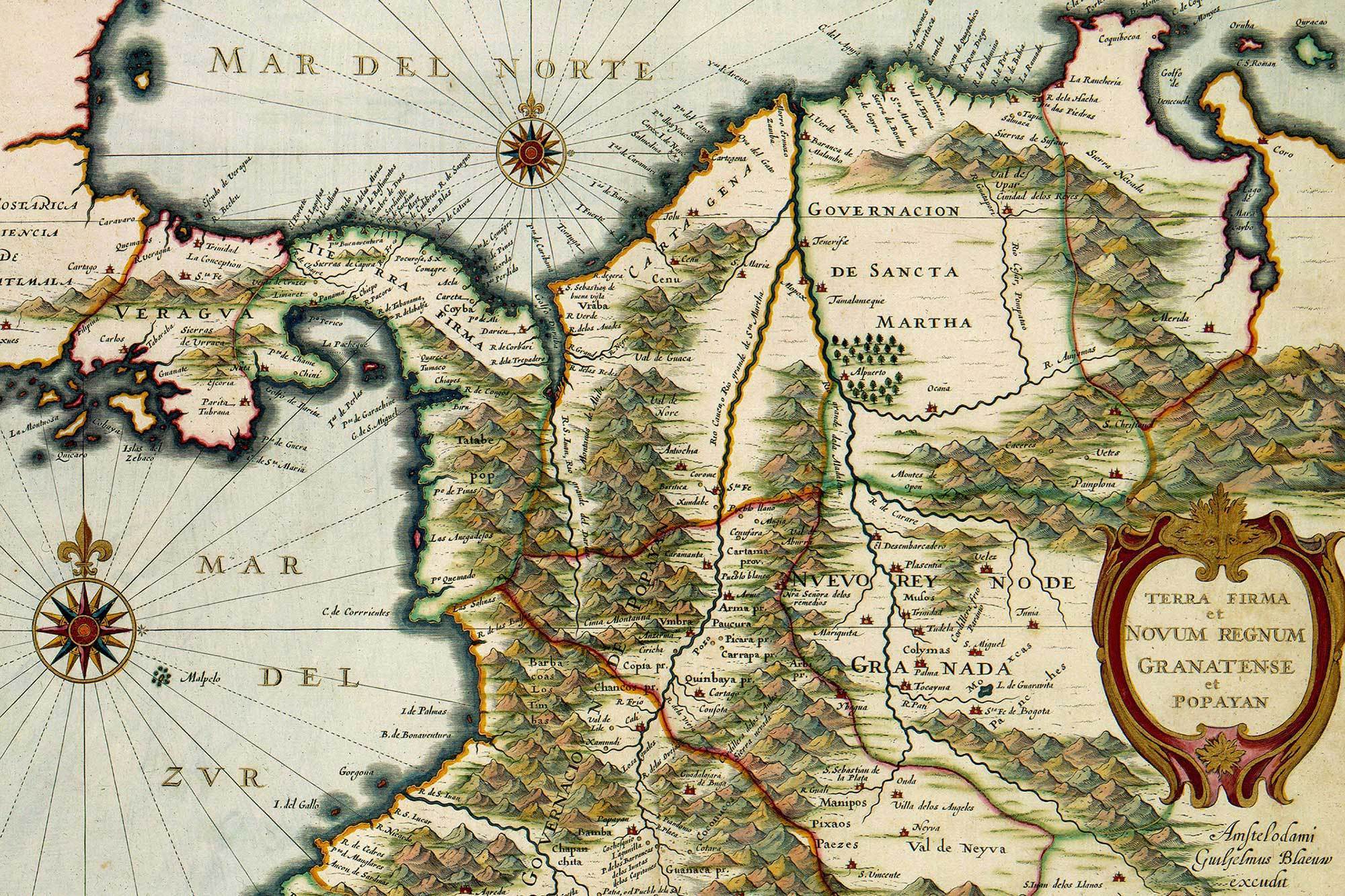 It is easy to take space and geography for granted, to see them as neutral, static spaces in which history simply unfolds. For some decades, however, researchers from disciplines such as geography, philosophy, and anthropology have shown that instead of being a backdrop against which history happens, societies produce and are products of the geographies they inhabit. The emergence of new social relations often leaves its footprints in space and, likewise, geographical transformations are often associated with social, economic, and political transformations.

The basic objective of this collaborative project is to visualize the production of Spanish imperialism in the north of South America in the early modern period. The consolidation of the imperial geographies of the Spanish monarchy in this region implied the creation and destruction of spaces, the creation and adaptation of roads, the arrival of plants and animals that were unknown in the New World, the appearance of new scales and new manners of thinking, and of spacializing economic and political relations. And so the main proposal of this project is to use digital tools to see the empire and the way in which the landscape of northern South America was transformed. This requires processing a large volume of archival information and systematizing it into databases and dynamic tables to later process it using Geographic Information Systems (GIS) and other types of cartographic software.

Given that this is an ambitious and highly important project, it will involve different stages and will be one of the long-running projects that will be continually developed by the foundation.

The first step involves preparing a base map that combines the latest geographic information with historical information to approximate a map of the territory in the sixteenth, seventeenth, and eighteenth centuries. This means combining topographical information from NASA and hydrographic and climatological information from the World Wildlife Fund, derived from recent satellite missions, with historical research and archival documents. It was necessary to eliminate the characteristics that define the modern landscape, like large reservoirs, dams, roads, and motorways to approximate a base map of this period as best as possible.

Below you can see a first draft of this base map:

In this stage, our team has systematized information referring to encomiendas, tributes, demography, and doctrinas in published and manuscript sources from the sixteenth and seventeenth centuries, like visita records and wills. On the basis of this, we have produced visualizations about the distribution of parishes and doctrinas, the division of encomiendas, and the establishment of the tribute system in the early colonial period.

As opposed to the early period of Spanish colonialism, which emphasized the incorporation of its subjects into a vision of Catholic Christianity, the Bourbon period, which began in the eighteenth century, resulted in economic government. In addition to demographic census records, encomiendas, and tributes, this part of the project will incorporate primary sources relating to the political economy of the kingdom.

Finally, the visualizations will be accompanied by primary sources, texts, and exercises that will be accessible to students and teachers.